The Vie Central Space Garden Project in Chesterton, Cambridge is a great example of how Stokbord can be used creatively.

Cambridge City Council used 6mm Stokbord supplied by Filcris Ltd to line raised Keyhole Planters in a new development in the Chesterton area of the city. The raised beds are designed to allow local members of the community to use the beds to grow whatever they wish.

"The concept of the Keyhole Bed allows a large planting area to be created which can be easily planted and managed by any user. The aesthetics of the locale meant that traditional materials were required, but we were keen to use Filcris's material after having seen its benefits elsewhere. By lining the bed with the amazingly flexible 6mm thick Stokbord the wooden slats are protected from the soil and so they will last longer. In addition, fewer wooden slats are needed slats were needed which reduced the overall cost."

The beds themselves are made from steel and wood, but have been lined with  supplied by Filcris to prevent the soil from rotting the timber facade, and they look very smart indeed.

Once filled with soil the Stokbord is almost completely hidden. But these pictures of the project in construction show how it was used.

No other material would offer the flexibility and toughness of Stokbord for the low cost. 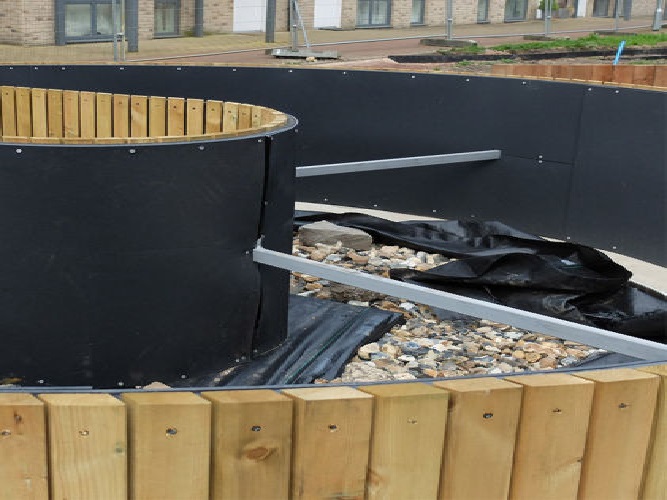 6mm Stokbord riveted onto the steel framework to line the beds

One of the beds completed and ready to be filled with soil. 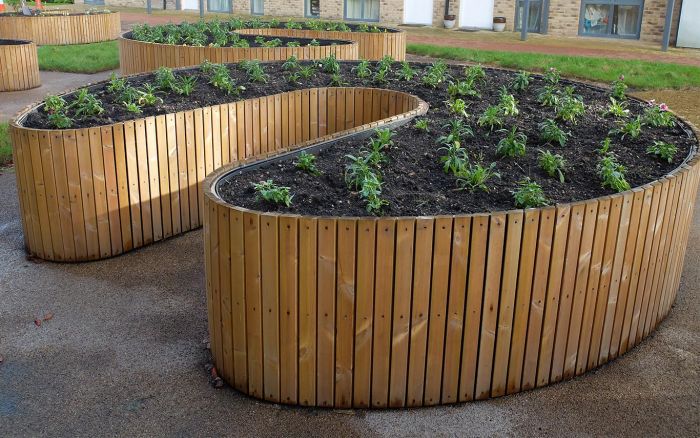