In April 2011, we built and supplied two mink proof tern rafts to Leicestershire & Rutland Ornithological Society, to be used on Watermead Country Park north of Leicester. They have proven to be a soaring success, providing nest sites for 8 pairs of Common Terns and 10 chicks being fledged.

Members of Leicestershire and Rutland Ornithological Society wanted to boost breeding numbers of the Common Tern (Sterna hirundo) in the county, following a decline in numbers.  Nationally, the Common Tern has “amber” status, meaning that numbers are falling by at least 25% due to loss of habitats.

“The success of the Tern Rafts was amazing,” said Jim Graham of the Leicester and Rutland Ornithological Society.  “We had not seen any Terns in the Watermead area for several years.  We knew that previously this wetland area had offered a good feeding location for breeding Terns in the past, but habitats had degraded and the birds had disappeared.

“The rafts were placed on the lake in Mid April. Although it was quite late in the season, two birds arrived on the first raft within two weeks, and four weeks later we had 7 breeding pairs on the second raft.   By the end of the season, were able to ring 10 young.

“Using a raft made of recycled plastic was vital to the success of the project.  The alternative would have been to use wooden rafts, but they would have rotted and needed replacing annually so were not an affordable option for us.  The recycled material was also light and manoeuvrable, so we can carry the rafts easily to the lake and remove them for winter storage.” This is important to prevent the rafts being colonised by larger and more aggressive gulls. The rafts are designed to be mink proof to prevent the chicks being eaten by American Mink (Neovison vison), a voracious introduced predator.

LROS were so pleased with the rafts they made them a central feature of their demonstration stand at the International Birdfair, held annually at Rutland Water.

Details of this product can be seen here. 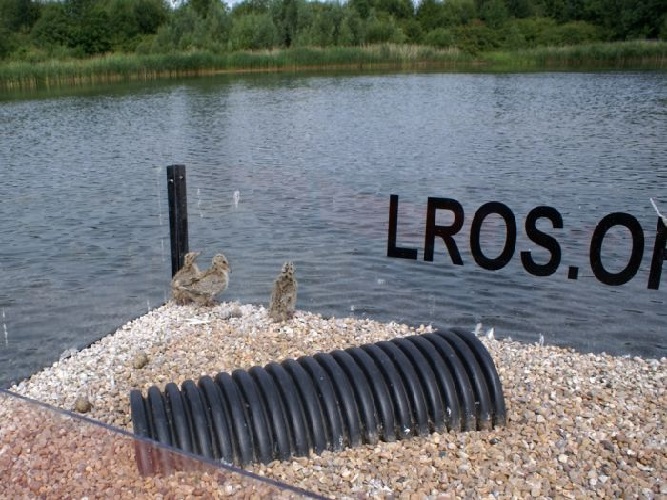 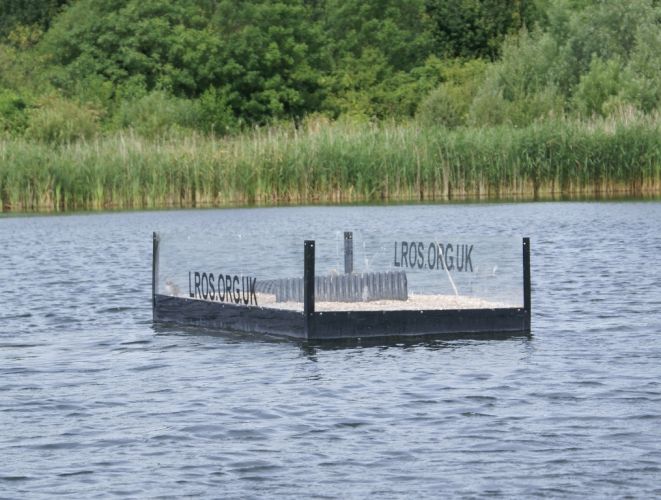 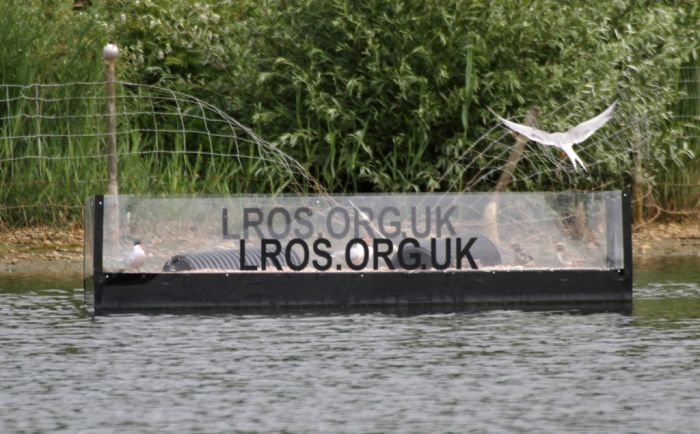 The sides have also been used to advertise LROS.