Perse School for Girls Interpretation Board and Dipping Platform

In 2007, Filcris Ltd was approached by the Perse School for Girls, an independent school in Cambridge, to provide an interpretation board for an area near their playing fields the school manages as an educational resource and nature reserve. The school was interested in using recycled plastic for the frame since they had previously had a recycled plastic boardwalk installed in the reedbed on their site and were aware of the environmental benefits of using this material, as well as the advantage of not having to worry about subsequent maintenance or replacement costs. They also found the look of the product appealing:

“It is so much like timber some of the staff and parents did not realise that it was plastic at all!”

The school also wanted Filcris to design the image board, since they did not have in house design facilities and did not want the expense of going to another company to handle the design.

“We were impressed that Filcris could not only make the frame and print the interpretation board, they also had the facilities and expertise to handle its design. We were also highly impressed with the depth of background knowledge of natural history the designer showed – it really added an extra dimension. ”

The image board was designed by Chris Went, who not only has graphic design experience but also qualifications in ecology as well as landscape design. The design process was interactive, with several site visits and drafts provided to ensure the client was happy with the finished result. As an added bonus Filcris edited the image board design to provide an A4 leaflet the school could print as and when required.

“We were so happy with the work Filcris had done for us we asked them to create a dipping platform on the reserve as well. The situation was quite demanding, involving a slope and a curved pond edge. The result was fantastic.”

Filcris identified that the site would require a dipping platform built in situ rather than one of their standard pre fabricated units, both because of the shape the design required and the limited access to the site. Collaborating closely Stuart Cox, a contractor with whom they have many years experience working in partnership, Filcris came up with a design and installed the dipping platform quickly and with the minimum of disturbance to the wildlife refuge.

“Stuart did a marvellous job on this, it has been an excellent addition to the reserve.” 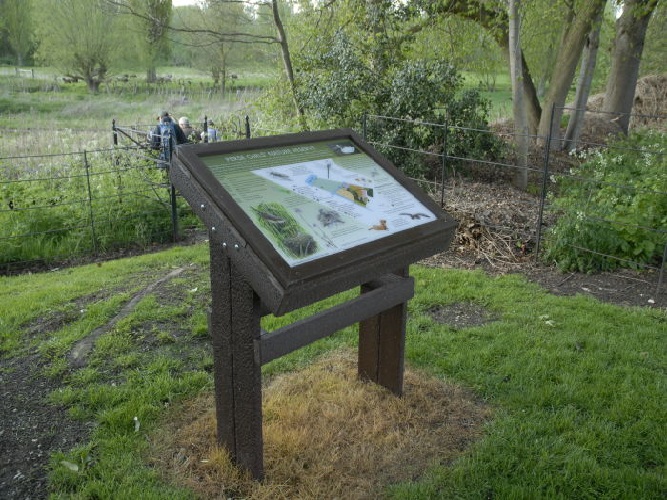 "Interpretation board and recycled plastic frame, both designed by Filcris Ltd" 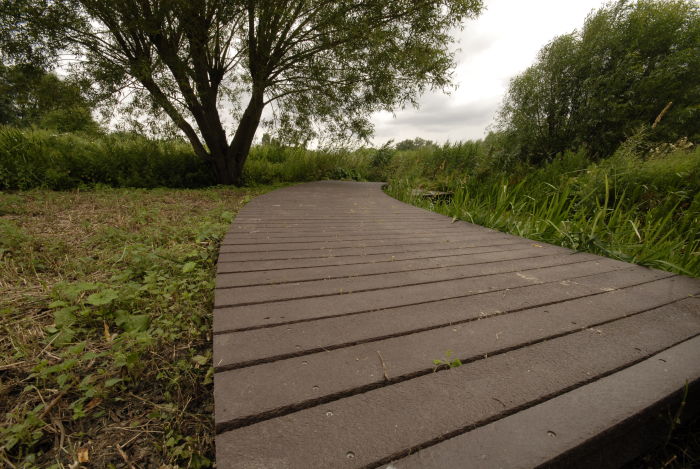