Alistair from Buckinghamshire wanted to help control invasive american mink as part of local efforts to reintroduce threatened water voles. He contacted Berks, Bucks and Oxfordshire Wildlife Trust who have bought lots of rafts from us over the years and they pointed him in our direction. After placing his order online he received his raft in less than a week and this is what he had to say:

"I’m a happy customer! It all came as planned - just as Lisa told me. Only one of the two sheets of instructions was included, but you resolved that instantly.

"The finished product is great! It has a real quality and durable feel to it.  (I have also been given an old wood version and you can feel the deterioration in that.) The quality of the prints I have had is amazing - really clear even with something as small and light as a rat.  (Years ago I tried making a footprint area, but the results were so disappointing, I gave up.)"

Alistair was so chuffed with the prints he sent us some pictures and he's right they do look good.

We have also had some feedback from Dawn Richardson from Lee Valley Regional Park Authority in Middlesex. We have also been supplying them with rafts for a few years, and for their last order we tweaked the design so that they could use a different trap design.

"We’ve found the rafts to be very good.  I’ve found them really quick and easy to put together and they have lasted really well so far, I don’t believe we’ve had to replace any since we started using them in 2012.  They even seem to stand up pretty well to the rigours of cattle who’ve managed to bash them around on at least one of our sites!  The fact that you were able to adjust the sizes so they can fit all of our varied range of trap types has also made things a lot easier for us when we do have to trap." 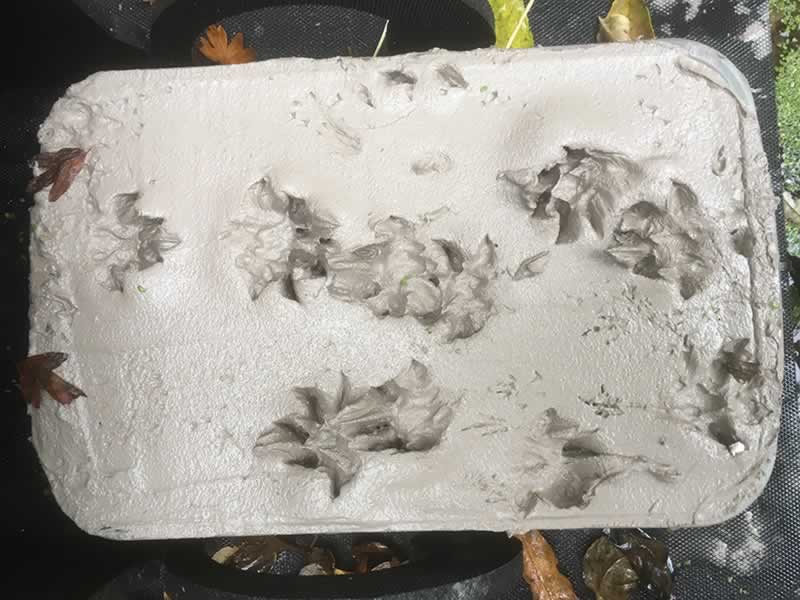 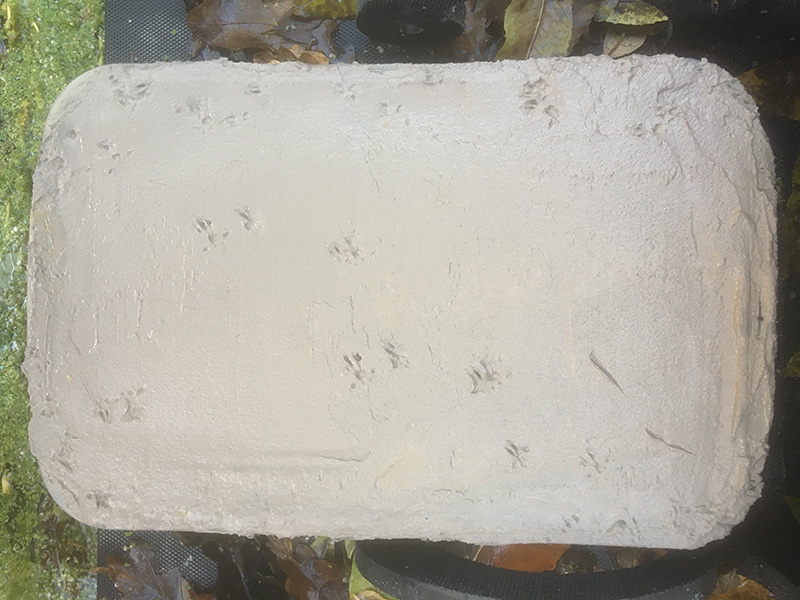 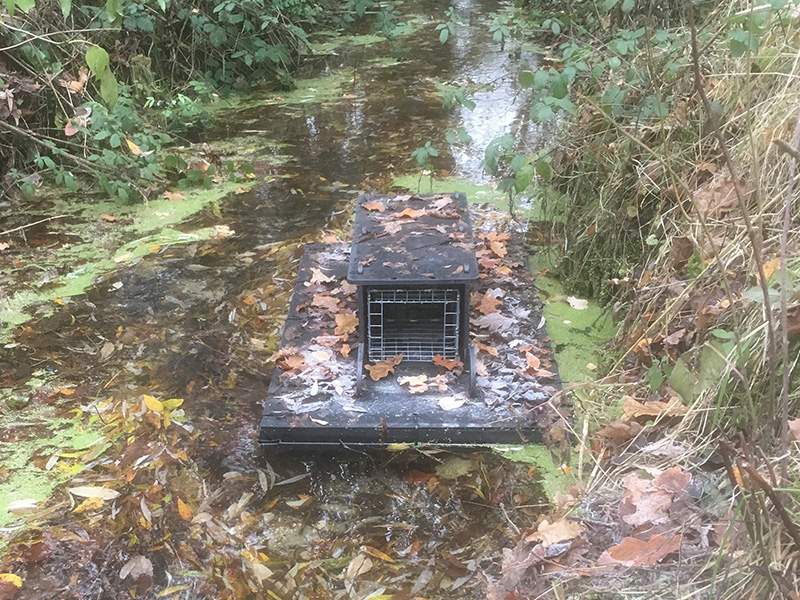