The brown colour was considered suitable and the 22 x 150 mm boards were chosen as being of the desired rigidity together with the ability bend around the desire curves.

So what  was the experience of using the product like?

The plan for the garden was drawn up and a 900 mm wide path was chosen. The general scheme was to dig out the path at the same time  as digging the garden. The plot was originally a field and had never been used for a growing anything over the past 100 years. The soil was dug down about 300 mm and the earth beneath was mixed with soil improved before the soil was replaced with additional soil improver mixed in. The path was initially marked out using a paint marker from the plan and rough positions were marked out using posts after removing around 125 mm of soil that was either added to the beds or removed. This allows the digger to complete each bed before moving out of the way for the path to be put in.

The next step was to refine the location of the path and to drive in to the correct level the 40mm square plastic posts also supplied by Filcris. The boards were then pushed up against the posts and fixed using the supplies stainless steel screws. The general path scheme was to allow each board to be 25 mm lower than the path level. This was to allow a membrane to be placed down followed by about 50 mm of MOT hardcore. Finally a 50 mm layer of various gravel stones were laid leaving a 25 mm gap to the top of the edging.

The boards are easy to cut with a wood saw and can be finessed to any angle to make joins neater if required.

To speed up the process of fixing it is a good idea to have two drills. One with an oversize drill bit and the other with the screwdriver head. We put the posts in on the garden side some 50 mm deeper and the joins between the boards on the inside of the path. A good idea with the joints is to make up a template and use it to pre drill all of the holes beforehand.

It was possible to create down to a 4 metre diameter circle with some care.

Smaller than this causes the board to break or for the strain on the joint to be too much. Even so it is still a two person job to make the final joint. Putting in some temporary stakes to assist with getting the curve right was necessary and these were taken out later and the circle was adjusted into the final shape.

For smaller circles (2 metre diameter) we preferred to use the same boards rather than resort to a thinner board.!

Eventually, after about a months’s regular work the 15 metre x 20 metre paths and garden structure was in place. Initially we used the hardcore to get about on while planting and finally once most of the heavy planting was complete we put in the decorative gravel.

For what we wanted to achieve the edging has really worked well for us and looks great. It sets everything off very well and will soon be softened by the planting. I would have normally wanted a more natural product such as wood but given the acidity of the soil to eventually rot the wood and the need for both straight and curved sections we found the plastic product worked really well. The fact that it is made from recycled plastic was more than an afterthought or optional extra but a key decider in getting the product. 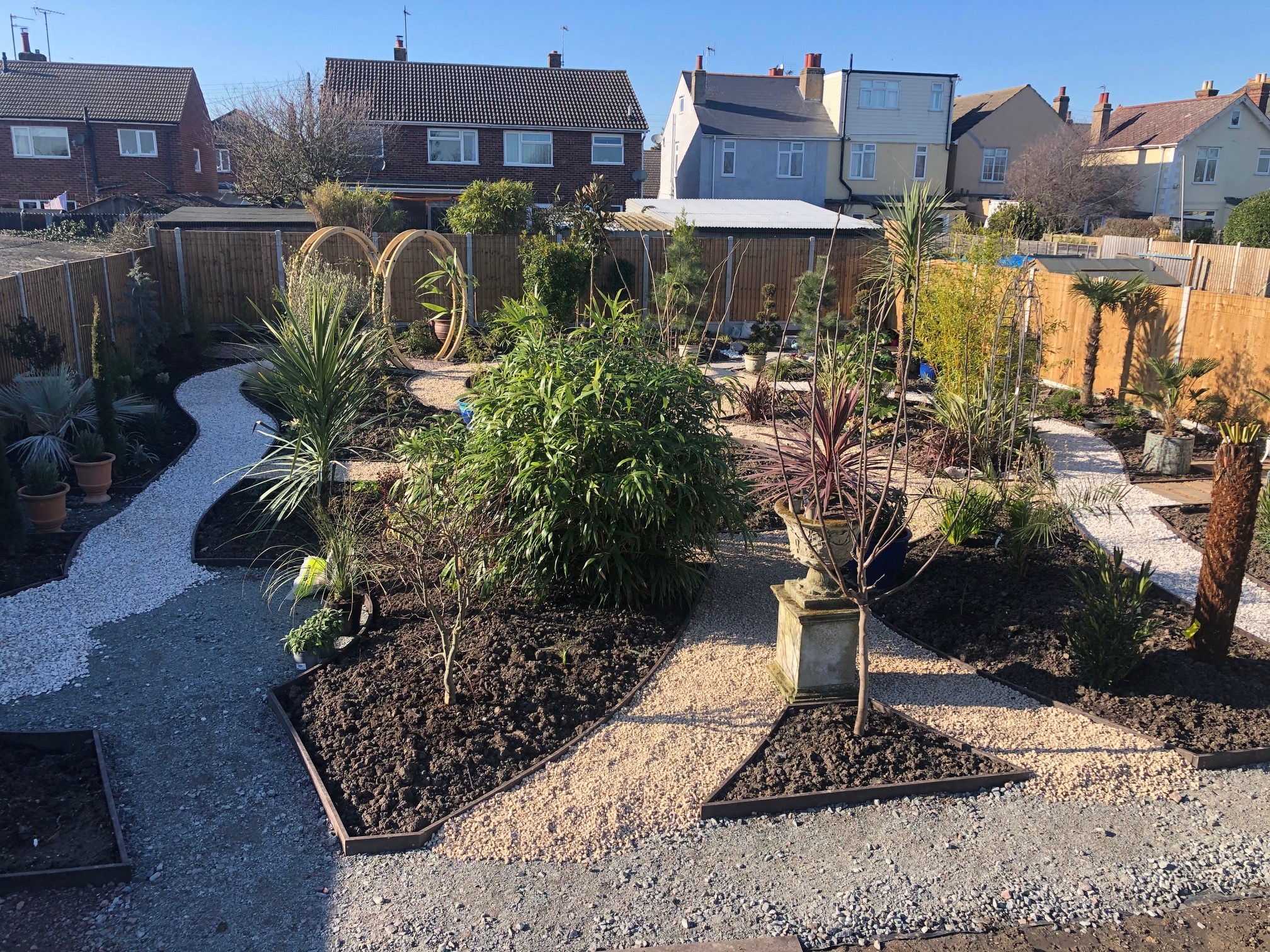 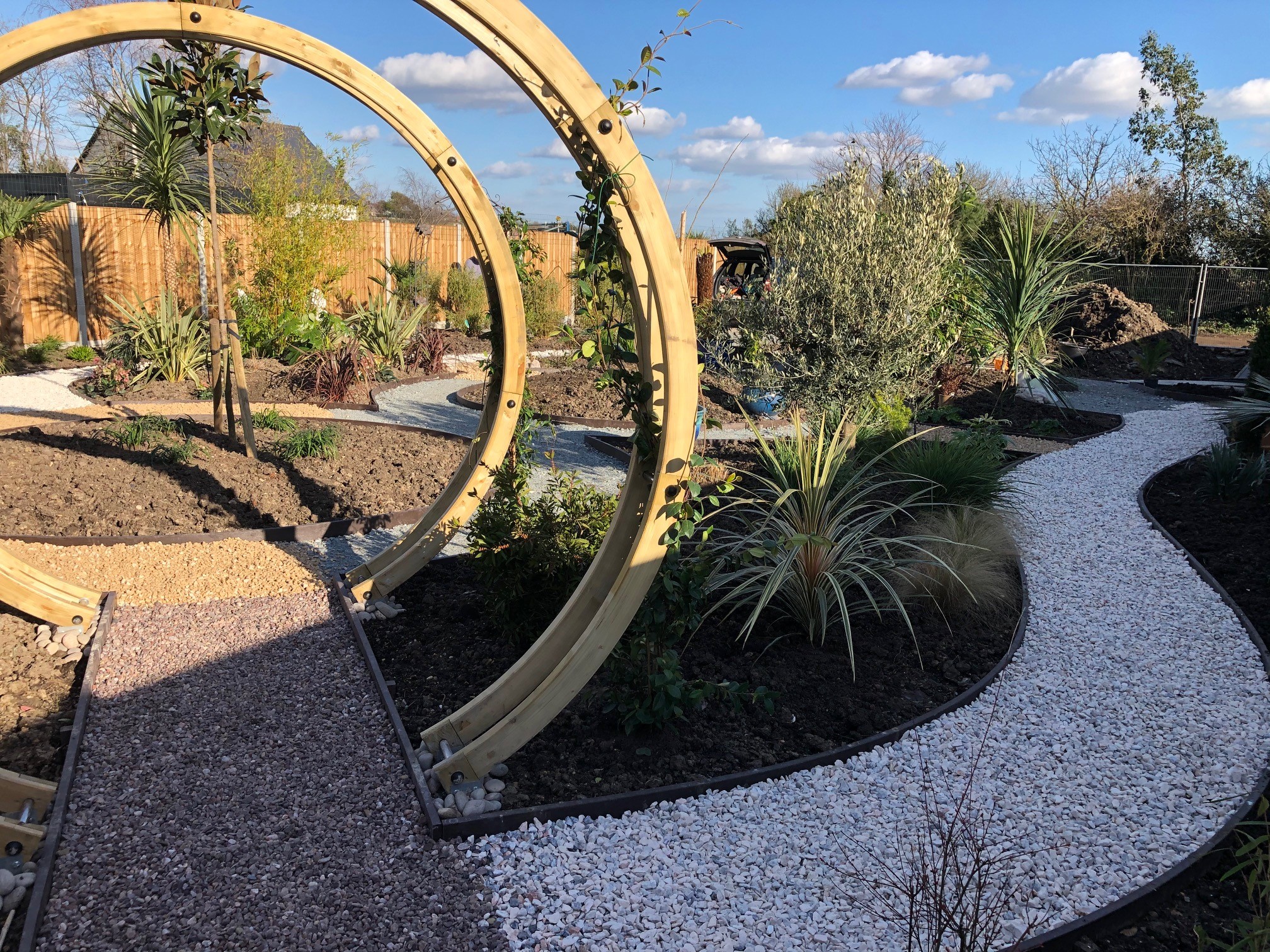 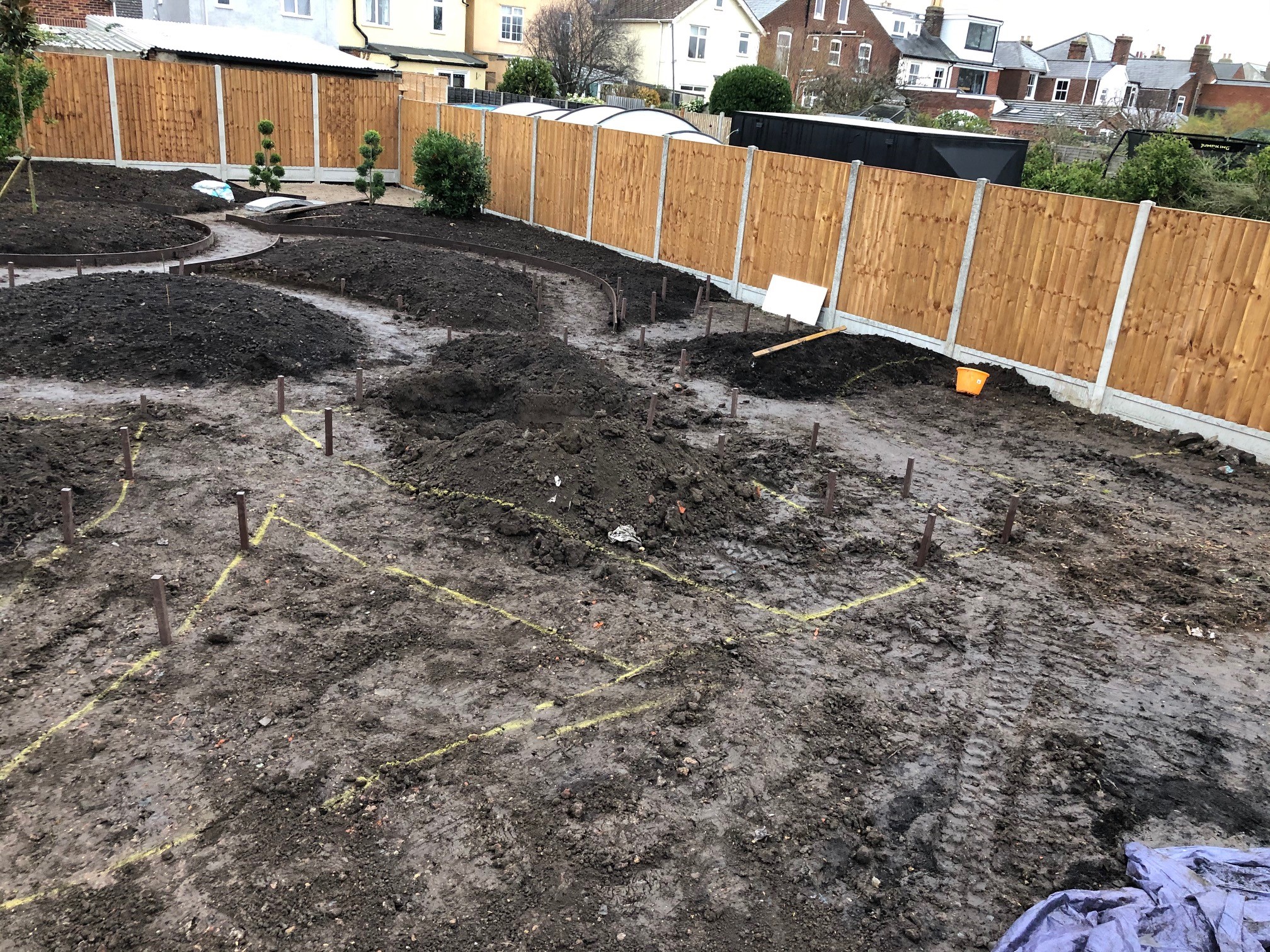