David, one our regular customers in Northern Ireland, has recently sent us some pictures of the swift nest boxes he has purchased from us. Last year he bought the Paintable Cambourne Swift Box we had brought out as a trial, and he was so pleased this year he bought ten more, this time buying the Flatpack version which was cheaper and easier to ship. They look fabulous on the gable end of his house and add much needed swift breeding sites.

Even better than a picture of the boxes was a picture of one of the boxes with a swift on a nest, after having been installed only a few weeks! As David points out "successful breeding and fledging is the ultimate test" so we will be keeping a close eye on them and will keep you posted. 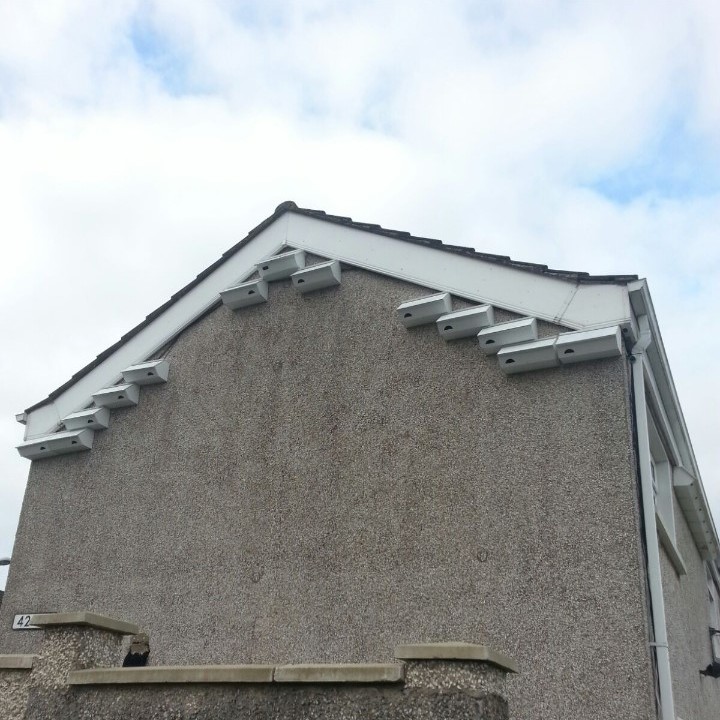