In June 2012 we made 24 bespoke swift boxes for a restoration project at the Church of the Sacred Heart of Jesus in Reading. We have just received some pictures taken when they had been installed.

Swift boxes were able to be introduced during works to repair the spire and tower of the church; the repairs works were funded by English Heritage and carried out by Oxley Conservation.

The swift boxes were able to be installed by a donation by Mike Shemilt, with the input and guidance of Edward Mayer of Swift Conservation and the cooperation of the church.

The boxes were designed to a specification provided by Swift Conservation. We used Eco Hoarding Board to make the boxes and made them so they were easy to open from the back for inspection inside the tower. Fingers crossed for successful breeding next year!. 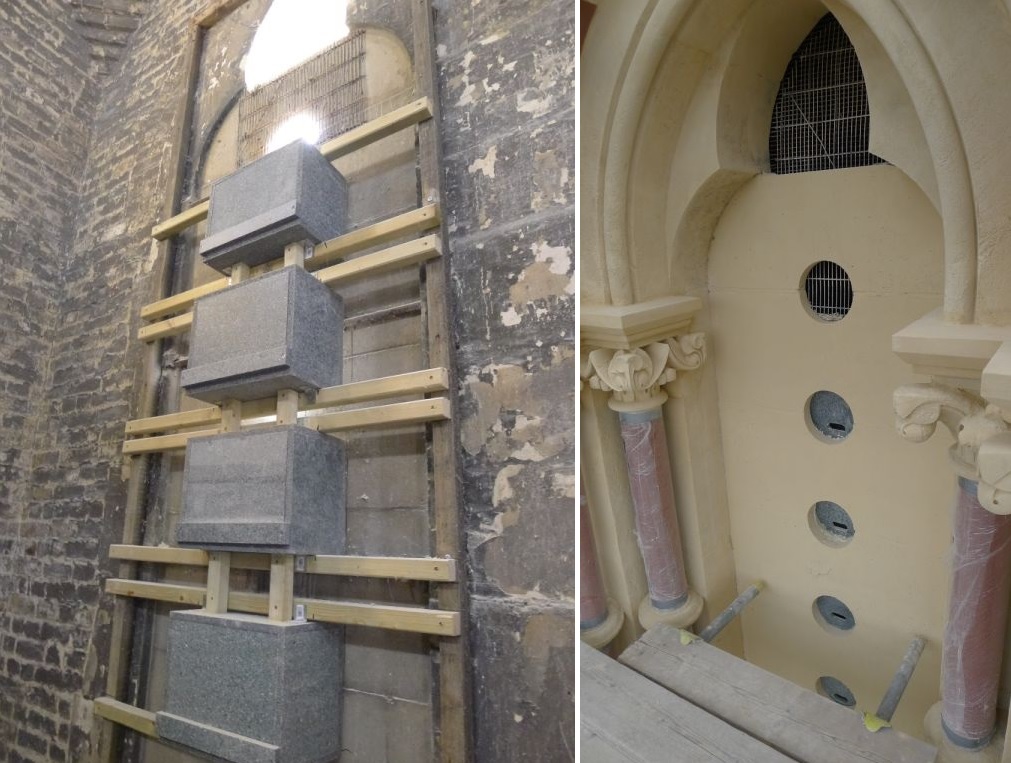